Now and again there are requests on the assorted CS Education forums asking about which text book to use. These requests are usually for APCS-A. There are usually a number of "I'm very happy with …" replies but I thought I'd take a bit of a deeper dive into what teachers might want to consider when evaluating a textbook.

It was never an issue when I started as a math teacher. The choice was generally already made and the school had one book for each subject level. Sometimes there were two if the school was transitioning from one book to another.

The older books were in general more rigorous and at the same time more terse. The newer ones were more accessible but never seemed to give enough guidance for kids to approach the harder problems on their own.

In general, most teachers I know used them primarily as a source for homework problems.

In the CS world, it seems like we have more options.

When I first starting teaching APCS-AB at Stuy we had to buy new books as the enrollment had just shot up. There weren't many books that covered both the programming and the data structures but I found one nad it was a good one: 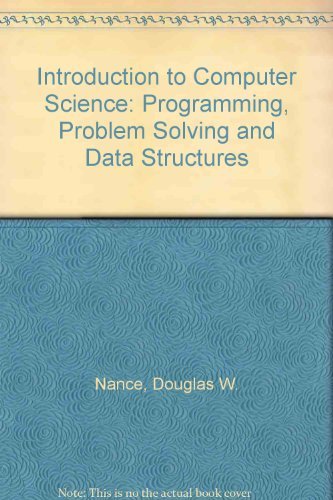 It was both accessible and was thorough. It wasn't a great source of exercises but it was no worse than the other options.

When we moved to C++ it was pretty easy as the same book was still available, albeit now in two parts: <div> <figure class="z_image_right"><img src=""/> </figure>

</div> When we went to Java we couldn't find a book that covered both the programming and the data structures but settled on this one:

Nowadays, particularly with data structures no longer being in issue at most high schools there are many more choices and even back then there was more to consider than I'm sure I realized.

When we recommend books to our colleagues we're probably not being as helpful as we can when we say "we like ….""

It's important to think about how the text book is going to be used.

Some text books weave a project, toolkit, or theme throughout the chapters. That's great if the teacher's going to align the course closely with the textbook. If you don't however, it can make later chapters harder on the students. If the text book develops, let's say, a graphics library in the early chapters and the teacher doesn't do the same, when the later chapters rely on this library students will find themselves in a bit of trouble.

Some textbooks develop these large projects or libraries but do so as add ons to each chapter. For most teachers that's probably a better bet.

Does the textbook have a rich set of problems, questions, and examples? I haven't found many that are great but then it's probably not as important these days with resources like Coding Bat.

Does the textbook present material in a way similar to the teacher? If it is, is that a good thing or not? On the one hand, it might make the book easier for the student that's "getting it" in class and then the book and the class reinforce each other. On the other hand, if I'm not connecting with a student, it's probably better if the textbook takes on a different voice.

There are more questions one should ask themselves when desciding on a new textbook but I think you get the idea.

For my classes, I've never strictly used the textbook. It's more meant as a reference and alternate resource for the kids. For this reason, I like a book that is more on the tutorial side. I generally don't use them for assignments but if the book has good ones, so much the better. As we cover a unit in class, I want the book to be available for the student who might need extra support. Nowadays, with so many free resources out there I try to leverage them as well. For my beginners at Hunter, I've been using this and am pretty happy with it.

So, what am I missing? What else should we be considering more so than just "I like the book." "