Ok, probably more knitting but Crochet at CSTA was the line used in the newsletter and it sounds better.

As some of you know, my wife Devorah is all about the fiber arts. Knitting, spinning, dying, weaving, the works. We've got a loom, two spinning wheels, two bobbin lace pillows, and bins and bins of deconstructed sheep, llamas, alpacas, and angora bunnies. I even got her some straw once to spin into gold. I figured as teachers it would be a good retirement plan. That never happened.

At one point at a conference we attended, Devorah noted that she wasn't the only one knitting and an idea was born. She encouraged knitters and crocheters to make 7x9 blocks and at the end of the conference she put it together into a blanket a it was donated to Project Linus who got the blanket to a child in distress. 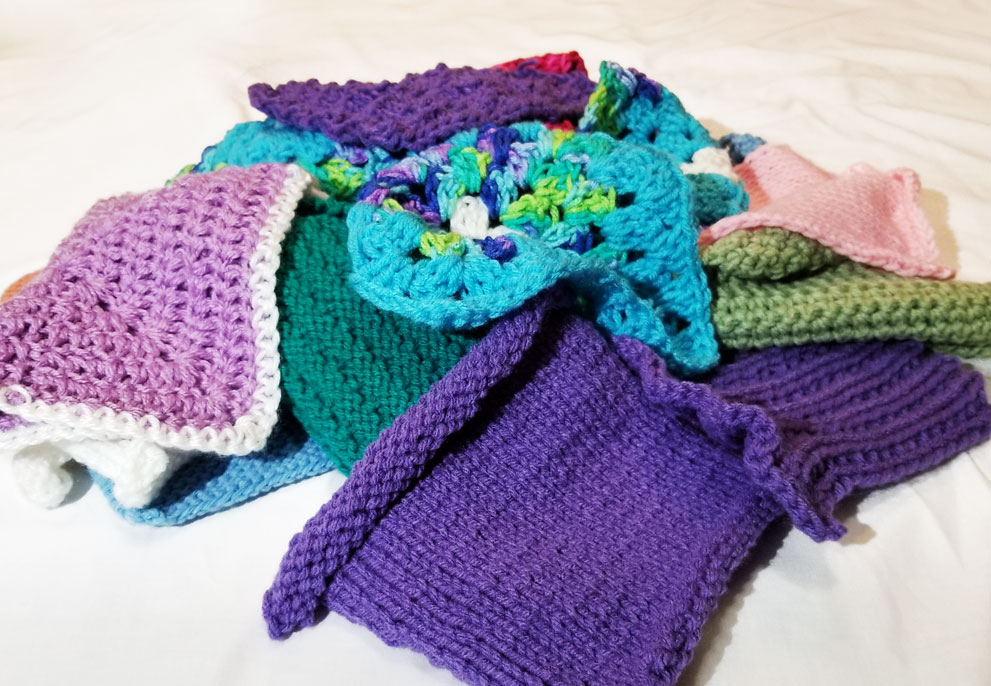 You can read up about how this all went down here and here.

Now, thanks to the CSTA and Jake Baskin in particular along with the GitHub Education team led by Moira Hardek we're bringing Blanket Statement to CSTA-2019.

If you knit or crochet, swing by the GitHub booth, grab a ball of yarn and some needles (or a crochet hook) and knit away. Bring completed blocks back to Devorah at the booth.

Don't know how to knit or crochet? No problem. Devorah will teach you. She'll be at the GitHub booth for the entire conference.

In addition to all the amazing CS that were all going to do during the conference, let's go old school and knit a blanket or two for charity.

For more details, check out the Blanket Statement home page or just drop me a line.