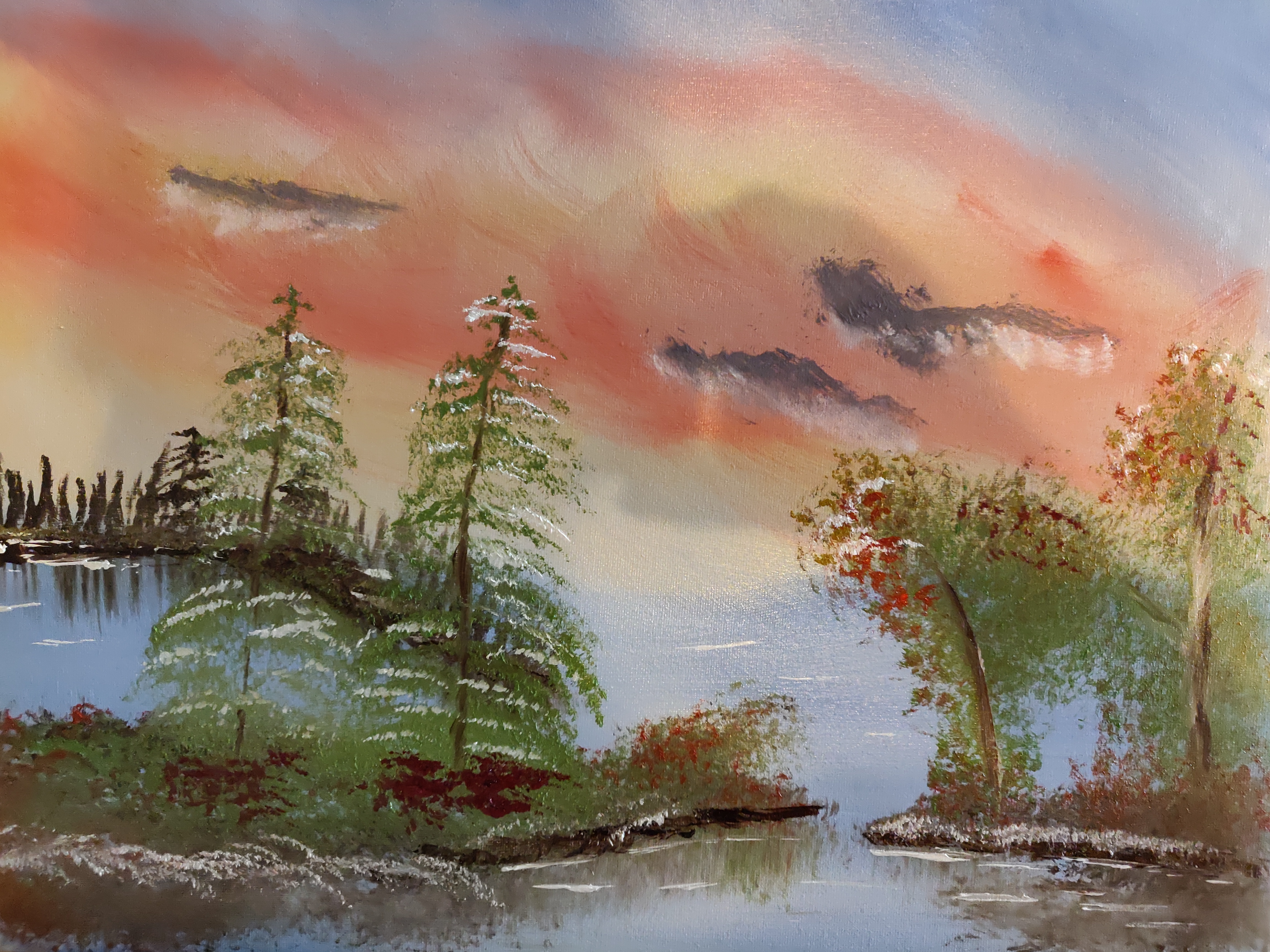 It's been a long year since March. Many of us have not really been able to leave NYC for a variety of reasons - financial, professional, or family to name a few.

Other than a couple of small escapes in the last two weeks we've been home and working from home in our Manhattan apartment since this all started. Early on we didn't get out much and we still aren't and that does take its toll. You have to go out to shop but walking the same streets over and over is a bit monotonous and far too few people seem to understand that for masks to be helpful they have to cover both the mouth and nose. Since recovering I do get out for a run most mornings and that helps.

I realized that one of the draining factors of being stuck in a NYC apartment is that everything I was doing was on screens. I teach via the computer and consume my news and communicate the same way. If I'm working on a side programming project that's more computer time as well. If I watch some TV I'm just switching out one screen for another. Even when I read which I've been doing much more of since the outbreak it's still on a screen!!!!!

Devorah doesn't have this problem - between her knitting, spinning, and weaving she's got plenty of non-screen time. She always said I needed a hobby and as usual, was probably right. 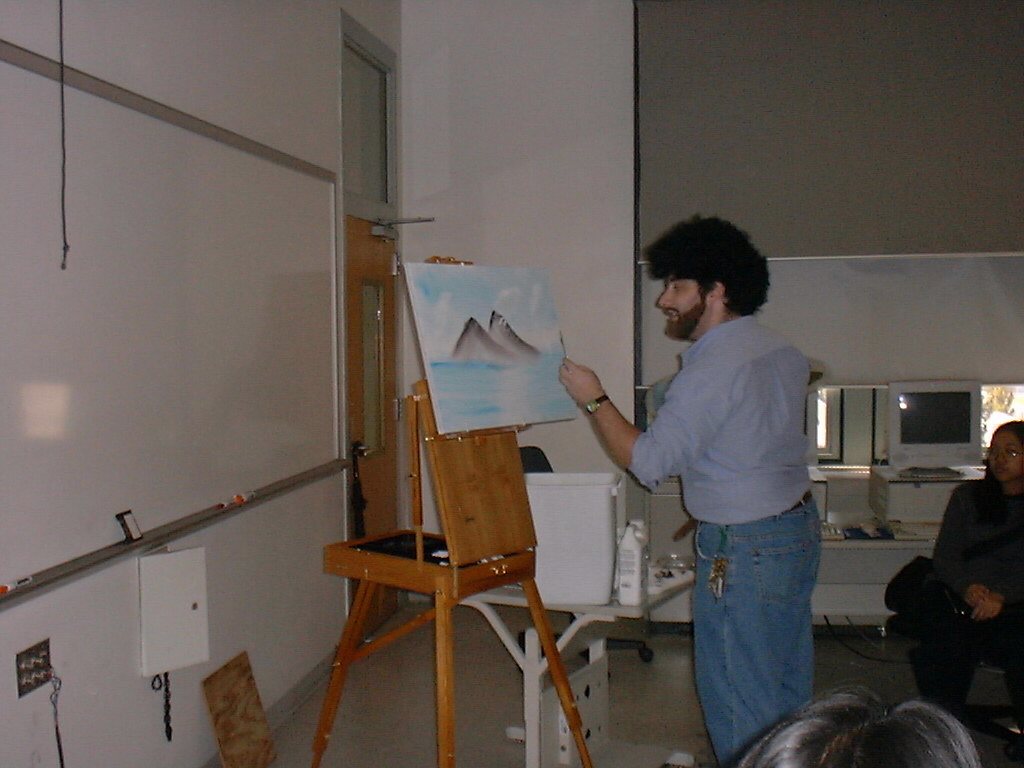 Years ago, 1997 or 1998 I did Bob Ross for Halloween. It was an absolute blast. I did a painting in each class and a couple by the second floor bar. So much fun but I didn't really know how to paint. I watched the show a few times but that was it.

I never really did anything after that Halloween - oil paints are messy, take forever to try, are hard to clean, and require the use of hazardous solvents. I put the stuff away in a closet.

Fast forward to today - we have water mixable oils which remove the toxicity issued and makes clean up easier and there's now a wealth of online resources to learn from. I thought I'd give it another go.

Even with just a little practice, I'm starting to get better. 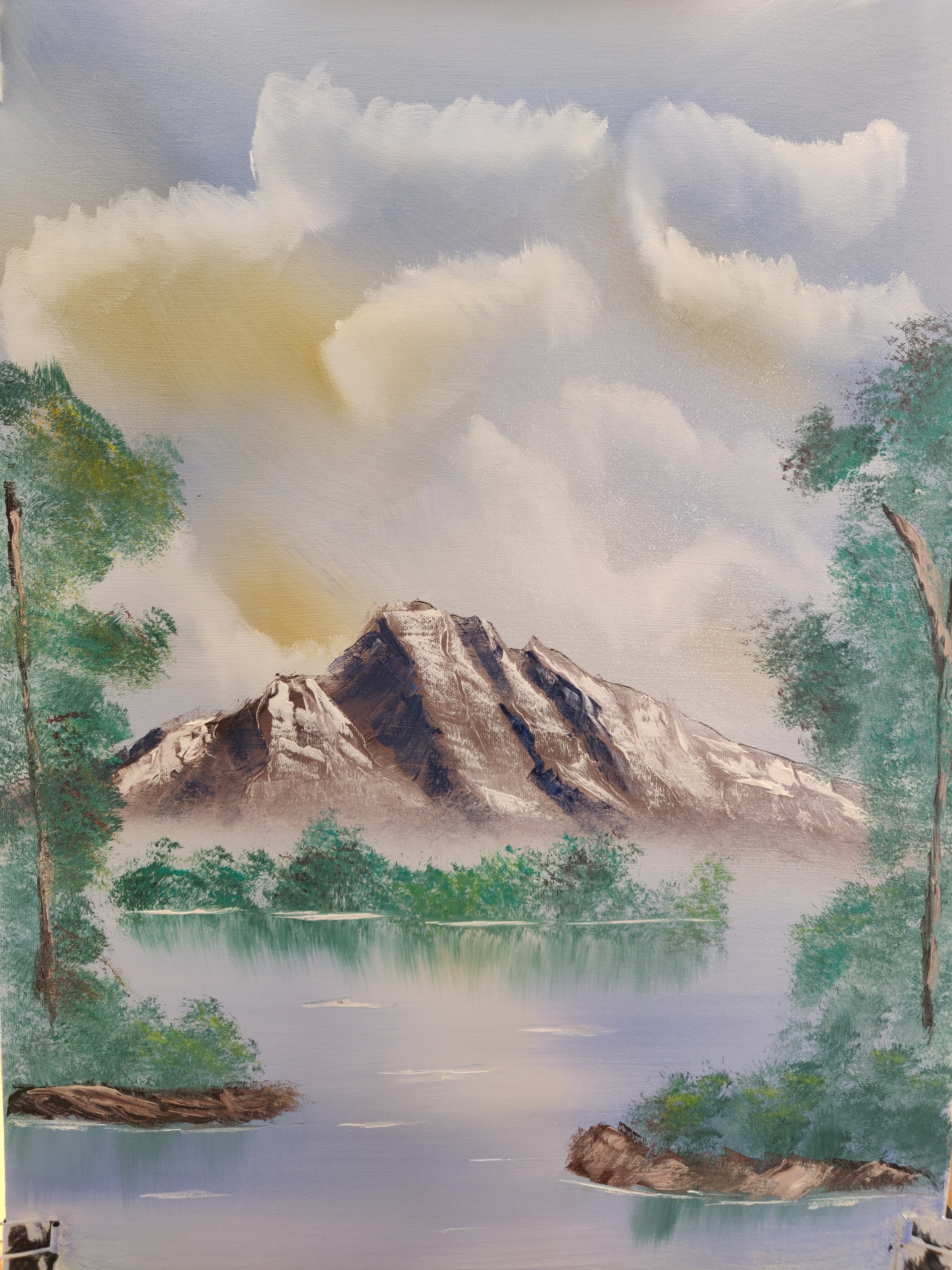 And while it's all a work in progress, 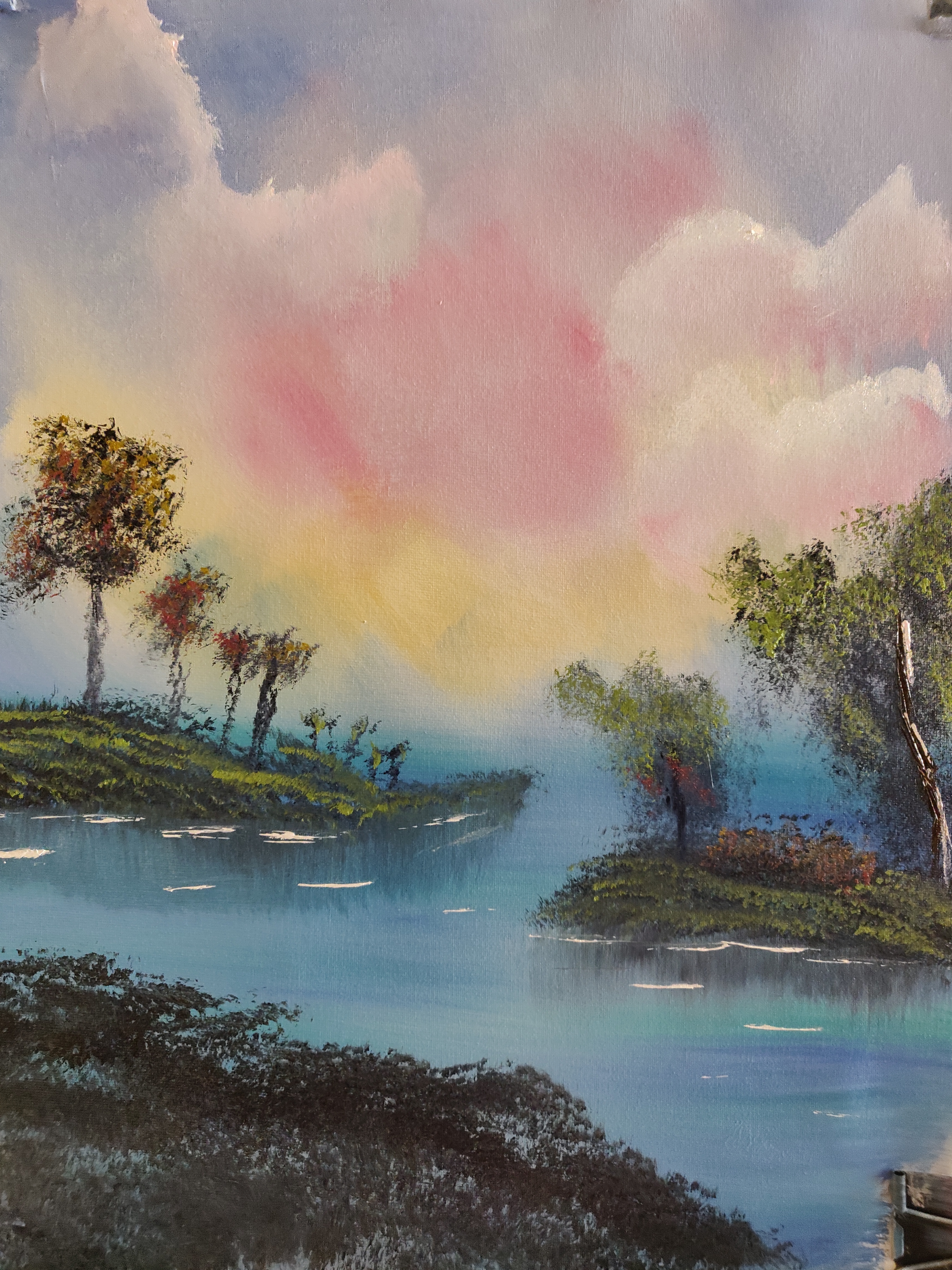 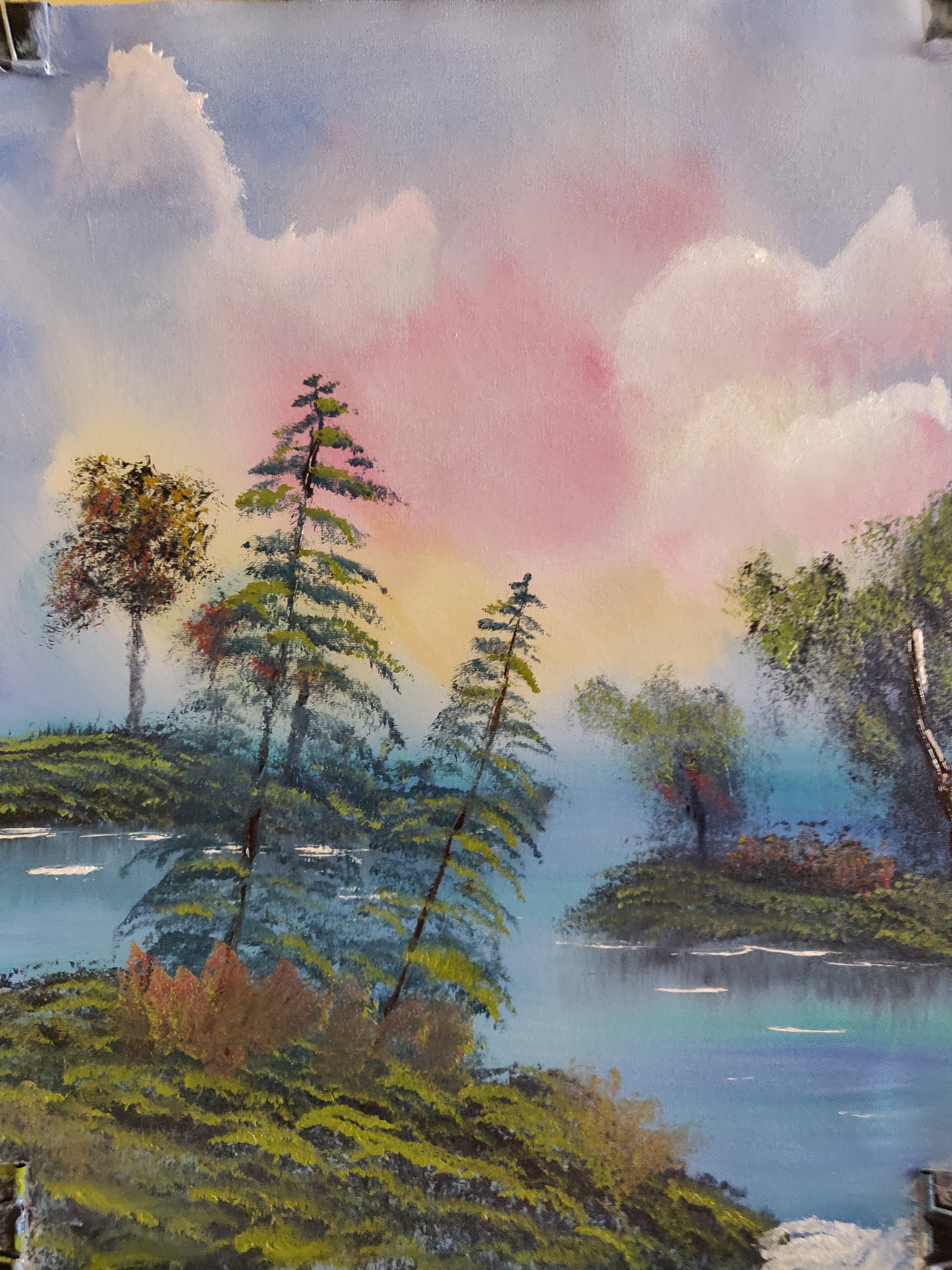 But it's been fun. 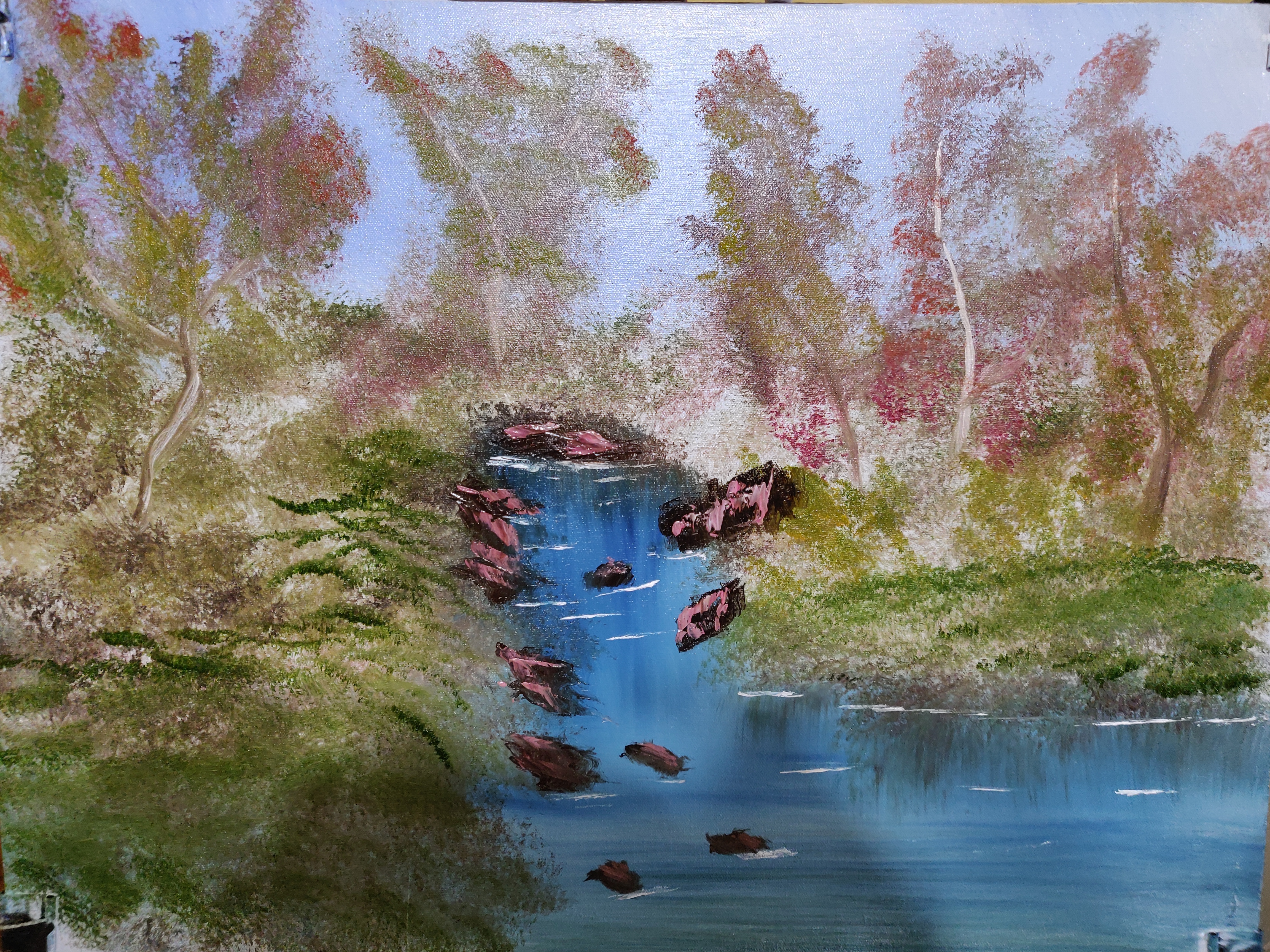 Each time I paint it's getting me away from a computer screen for an hour or two and it's been both relaxing and fun. The only downside is that they still take forever to dry.