Skip to main content
Been a while since my last post but summer's coming so I think I'll have more time and energy. For today, a break from CS and Education issues and something on one of my other passions, bicycling.

Having not gone on a substantial ride for a while, yesterday, we decided to do a modified circumnavigation of NYC. Starting from home, we rode east over to first avenue. From there North...

First stop, the UN. Here in front of the St. George and the Missile Dragon sculpture. 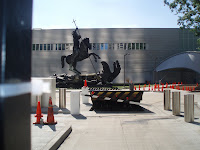 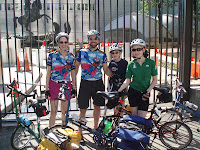 Typically NY, the first guy we asked to take our picture said no.
At 84th street, we made our way Carl Shurz park. A beautiful little park on NY's upper east side. Home to Gracie Mansion and a number of quiet spots.
Here, along the  bike path, you can see the Triboro bridge (no, not the RFK bridge) in the background as well as the Hell Gate Bridge, that's the one in the background. It served as the model for the Sydney Harbour bridge in Australia. 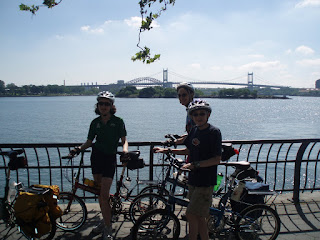 Unfortunately, the waterside path ends at about 120th street or so, so we turned into Harlem: 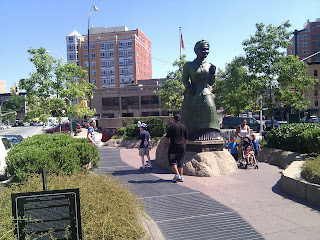 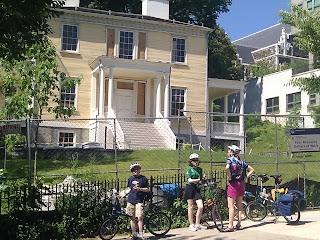 and Hamilton Grange.
Up at 155th, you can get back by the river by the Harlem River Drive. You can see in the distance both the Highbridge aquaduct as well as the Highbridge water tower: 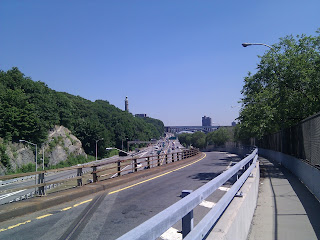 At the north end of the Harlem River Drive bike path is Swindler's Cove. One of the quietest, most beautiful secret nooks in Manhattan: 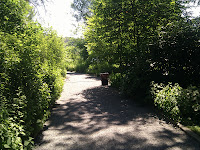 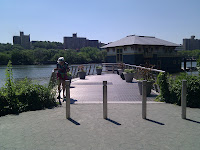 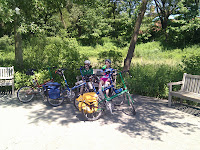 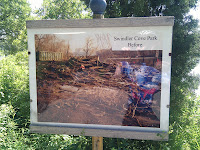 From there, up to Spuyten Dyuvil. Here from Inwood park with a view of the Henry Hudson Bridge: 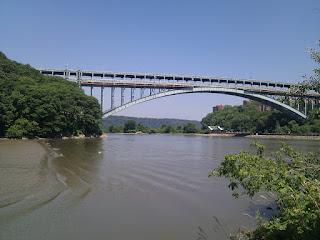 Having reached our northmost point, we headed south. We of course had to stop at the Little Red Lighthouse by the Great Grey Bridge: 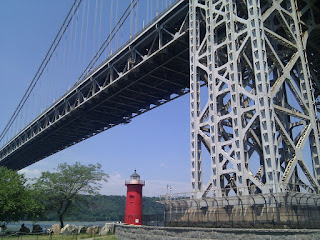 From here, it was a quick stop at Fairways and then home.

About 27 miles total on an amazingly beautiful day.

Next week we're thinking of riding across the GWB and into NJ.