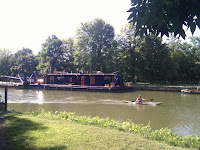 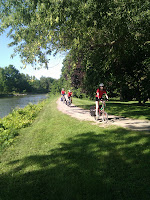 And a picture of my trusty steed: 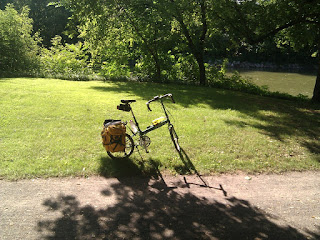 We originally figured we'd get lunch at Rochester -- about 18 miles into the ride. If we felt good, we'd try to push on to Pittsford. We were pretty excited when we saw: 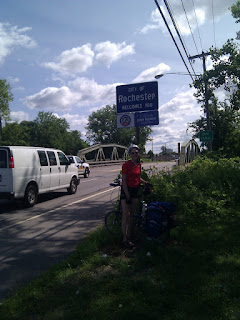 Of course, the entire canal path in Rochester is in park so we rode right through without thinking about it.

At mile 25, we finally stopped for lunch. 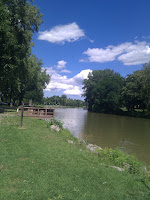 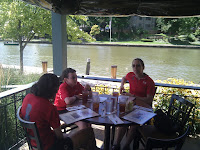 Pittsford has a nice little park right on the canal. A Bike shop, a couple of other shops, and a few restaurants. We wanted to try the Crepe place, but long lines led us to a third day of medeteranian food. Not bad, and a pretty view of the canal. Besides, since we were eating outdoors, we didn't even have to lock up the bkes.

We were making much better time than our first two days, but today was a tough one for Batya. She just felt weak all day. On top of that, porta-potties were at a premium. Throughout the trip, we've been surprised by the cleanliness of the porta-potties on the canal route. We've been equally surprised by the irregularity of their spacing. Some times they're at every lift bridge, some time much further apart. Today, there was nothing from shortly after we set out up until lunch. In the afternoon, Batya was ecstatic to find: 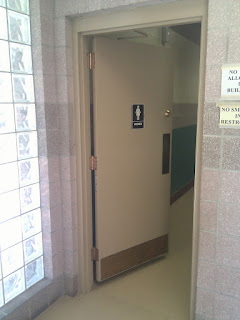 Other than the scenic ride, not too much today en route. We did see the lift bridge in Fairport. It's unique in that it has no right angles and that  the two banks are at different levels: 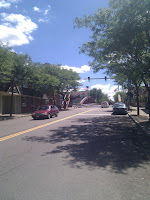 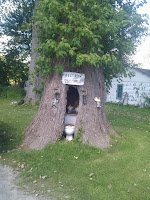 
I'm also continually amazed at the design and engineering of the canal. We got to one of the locks just as it was about to go into action. Moving water from here: 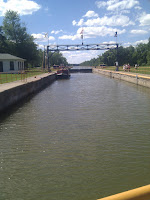 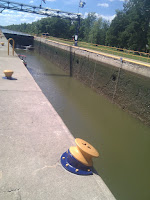 To here, and then abck in just a couple of minutes.

We finished the day in Palmyra where the Mormons got their start. Known for it's "four corners" an intersection with a churh on each of the four corners. 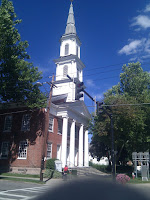 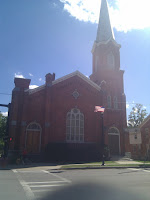 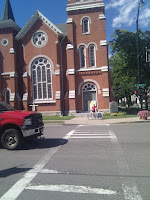 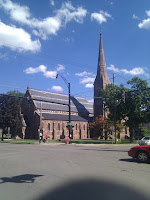 Tomorrow we head off the canal and down to Seneca Falls.