Skip to main content
Yesterday we left Seneca Falls and headed back north up to Syracuse. Our fifth day in a row of riding. Figured it could be one of the tougher days between the changing terrain and the return of the heat and humidity.  Apparently, there's no shade in northern NY.

Turned out to be true. The first part of the ride was mostly on road. Easy surface, but up and down.  When we got to the old canal path, it was more gravely than crushed stone. Felt like we were riding through mush.


Stopped about 20 mile in for lunch at Jordan. Just about our halfway point of the day and of the trip. 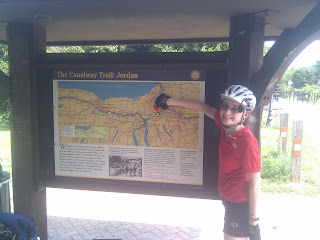 Unlike other days when we were able to find nice local eateries, today we hat to resort to a single pizza place. Truth be told, it was pretty good but as the pizzeria was hot, we were actually better off eating at the picnic table in the sun out front.

Back on the trail, there were some nice sights, including remnants from the old canal. 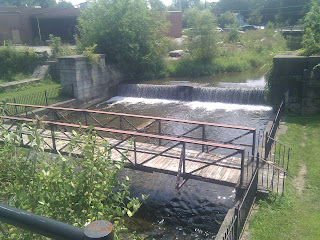 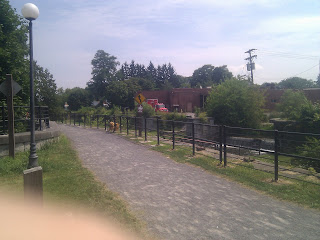 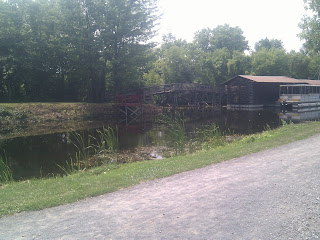 After 42.5 tough miles, we ended up in Syracuse. 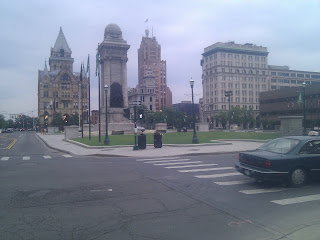 Hearty appetites in tow, we decided to sample Dinosaur Bar-B-Que. Good. Personally, I prefer the burnt ends at Rub and the overall meal at Hill Country, and those are just a couple of blocks from our house. 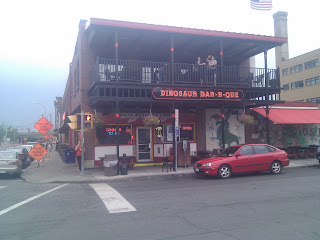 Today was our rest day. Hot and humid -- would have been brutal to ride, but it wasn't a lot of fun walking around town. Not much to tell, just a quiet day. Most things we hoped to see were closed. We did get to the Erie Canal museum -- In the last remaining WeighLock house (sorry, no pictures, accidentally erased what was on my phone). To pay for the original canal as well as it's expansion, tolls were levied on good passing through. To determine the toll, canal boats had to be weighted. At the beginning of each season, weights were determined for each boat. Then, as they moved through the canal, they would enter a weighlock, the water would drain, depositing the boat on a huge wooden cradle which was part of a scale. The boat would be weighed and the toll assessed.

Here's a picture from wikipedia: Note the road in front -- that used to be the old canal. Other than the weigh lock building and a few other artifacts, there's nary a trace.

The rest of the day was spent walking around and taking it easy. 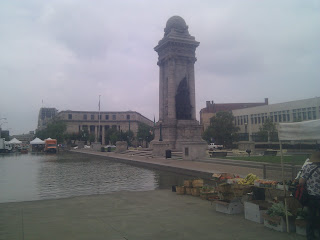 Tomorrow: All roads lead to Rome.