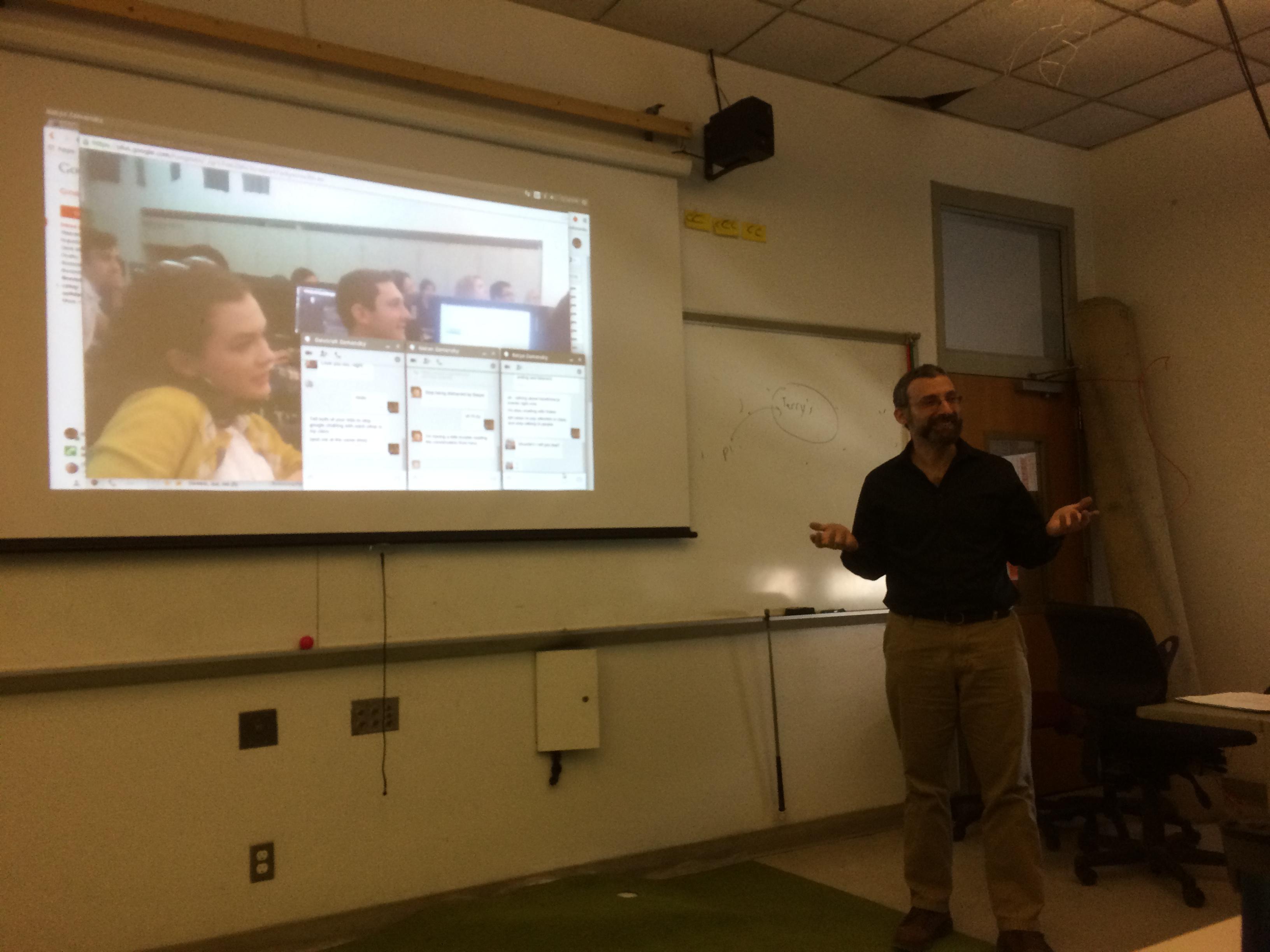 Last post was a little heavy so just a short fun one for today.

"Just another day at StuyCS." That was the subject of the email Brian sent with the photo above. What's going on?

We're working on advanced JavaScript while also looking at Backbone.js.

Now, as sometimes happens, Batya, while in her CS class up at college, decided to open up a Google chat with me. This happens now and then. We try to have some fun with it. We actually have a plan to mess with the kids later this term, but I'll keep that to myself.

Now, Batya, of course, was sitting in her CS class in college. I told her what we were doing and continued with the lesson. She responded that Zach, her boyfriend and my former student said not to forget to emphasize certain things. I also asked Batya if her professor was having a chat with his kid while he was teaching. Everyone was having a laugh.

Then things got sillier. Another chat popped up. It was Natan, my son, who happens to be in that class. So, the insanity continued on when I get a video call - it was from Aida sitting in row 1 - that's what you see on the screen.

Now it was getting a little ridiculous and it all started with Batya and Natan. So, what's a a teacher to do? I had to contact their parent, my wife, to tell her to discipline her children. That's the third chat.

So, just another day at StuyCS.