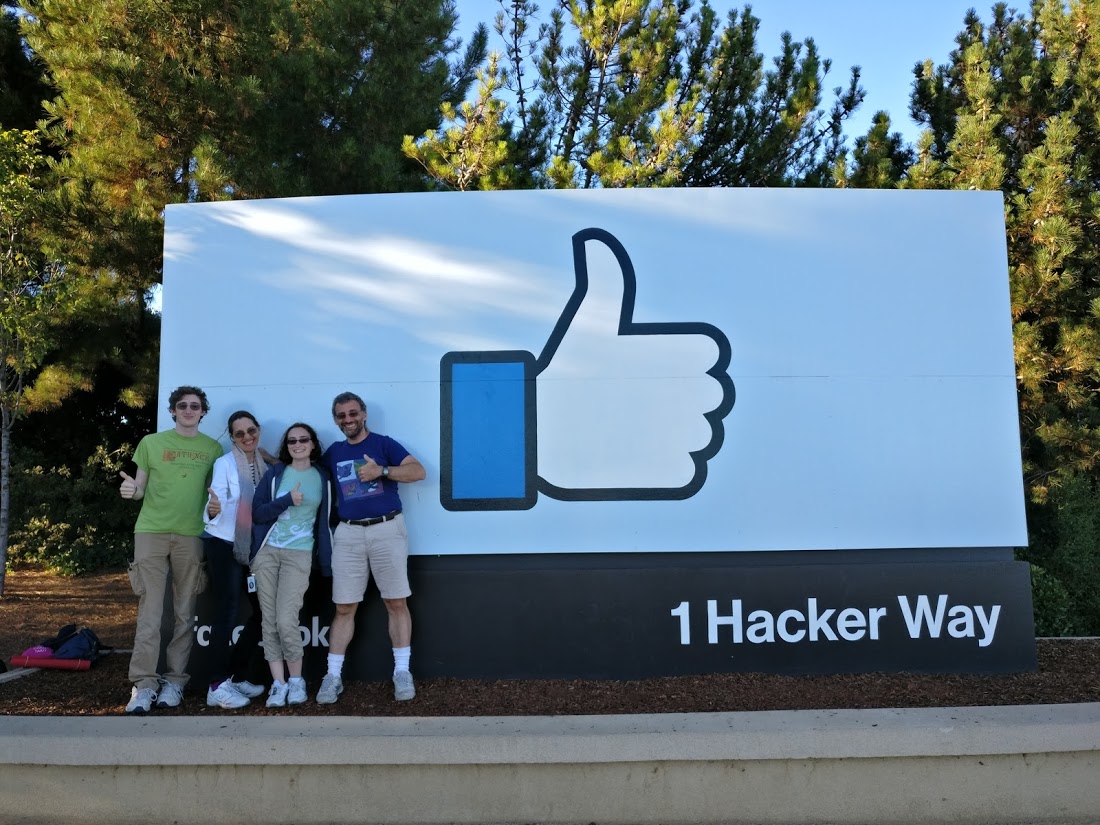 If I look at my leaving Stuyvesant and the NYC Department of Education to join Hunter College as the end of Act I of my teaching career, then our family's West Coast swing was a nice way to pull down the curtain.

The impetus for the trip was visiting Batya - she's interning at Facebook this summer and having an absolute blast.

The plan was to spend a few days in San Francisco, then a little south to Mountain View, where Batya was staying, and then fly up to Seattle for a couple of days.

Of course, while out there, why not see if some of the StuyCS family wanted to get together.

I knew I had a lot of former students out on the West Coast but still, I was overwhelmed and humbled by the number of people who wanted to spend time and catch up.

We kicked things off at Bloomberg Beta thanks to Roy Bahat. Roy was never actually my student but we've gotten to know each other over the years and I value him as a friend and advisor. Roy provided the food and the space and about 60 former students + a few old timers showed. 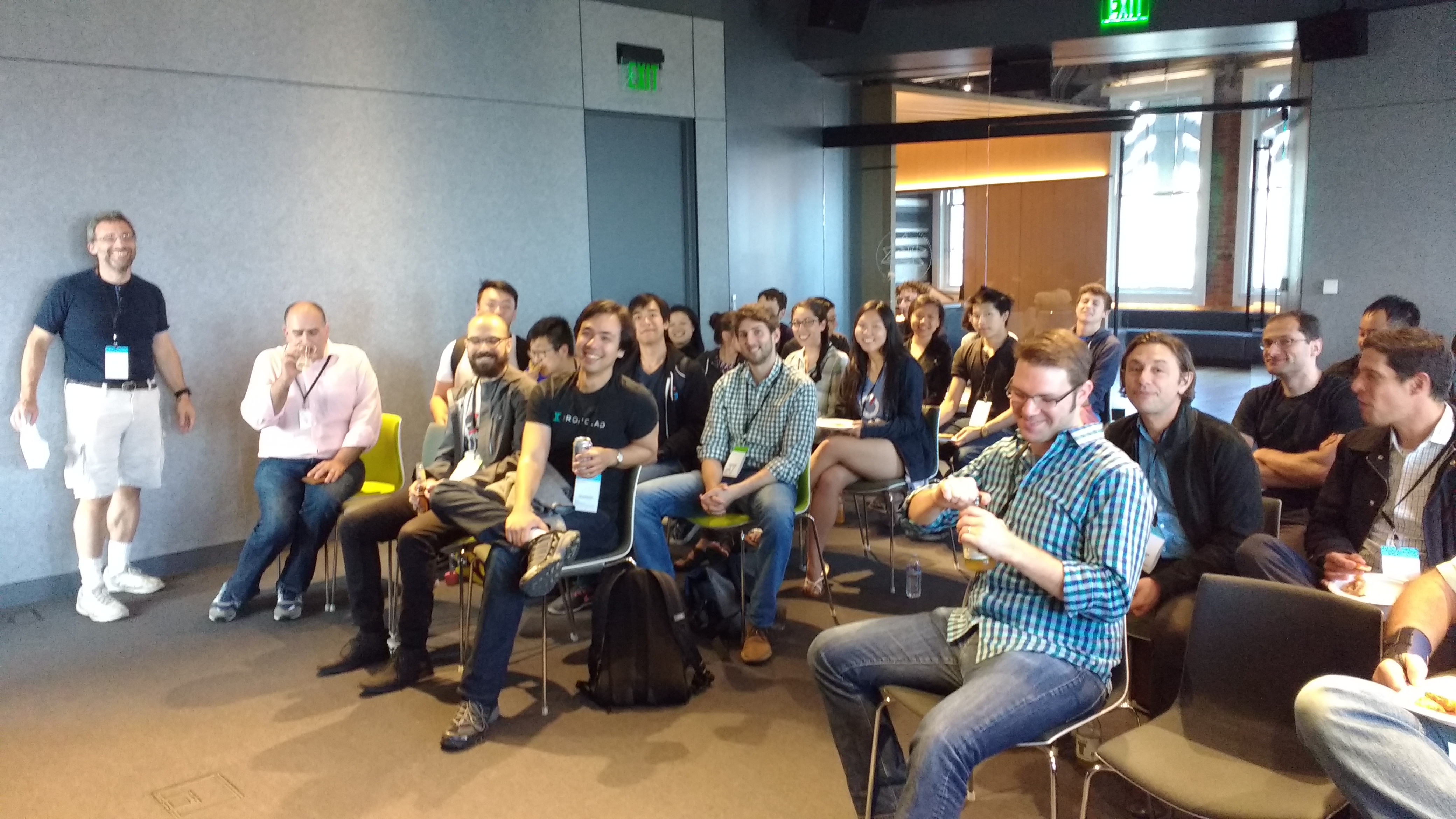 A couple of days later, we had a lunch meetup for the Googlers: 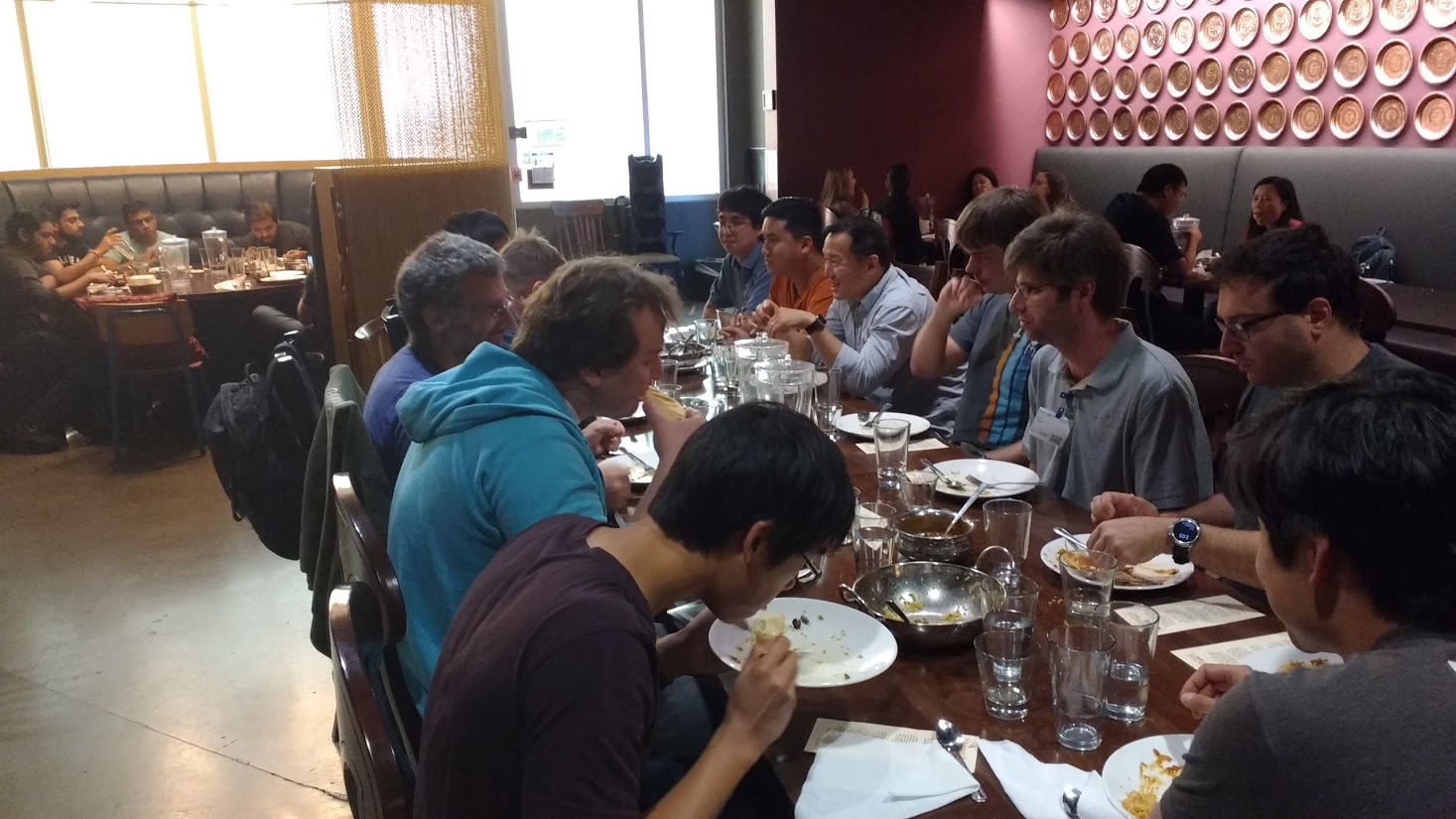 and a happy hour at Facebook (sorry, no picture). Then in Seattle, a nice dinner to close things out. 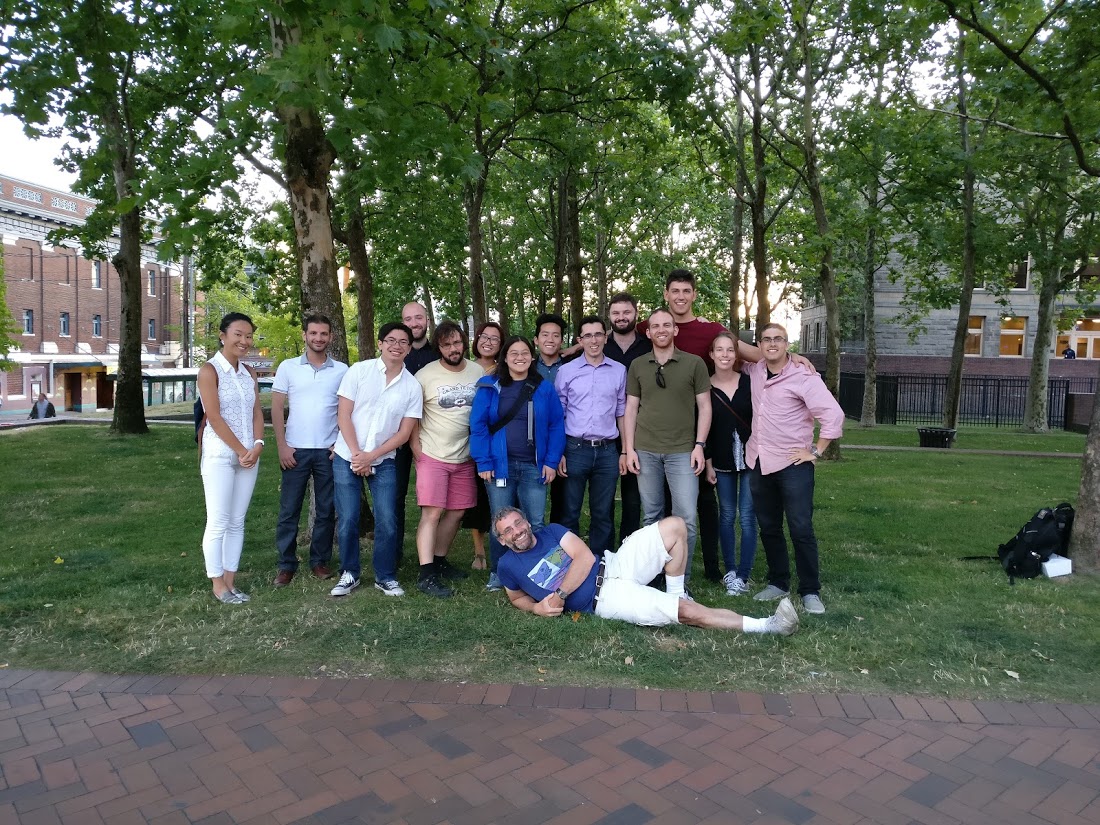 Between these events there were some lunches, a barbecue at Batya's place and even a drive by visit with a former student at Microsoft. Overall, it was easily over 100 students over the course of the week or so we were out there.

I've often said that one of the things I'm proudest of is helping to build the StuyCS family. A community of people spanning decades. Over the week, we had events mixing students from the mid 90's to youngsters currently in college and on their internships.

Seeing all these people meeting and supporting each other gave me a "proud pappa" type feeling even though I didn't do any more than set the stage for them getting together.

Over the week, the conversations were also great - not the straight tech ones, but the ones that really made me proud of the crew. From Seth talking about how to better get good CS Ed to more kids, to PJ discussing why he feels it's so important to be an active mentor to his young programmers and how to get them to be real thinkers, to Mike, Sam, Kathy, and Leo discussing the disconnect between privileged families and those struggling to get by.

What more could a teacher want than their former students being both happy in their lives and careers as well as good people seeking to make the world better for everyone.

The only thing that made me sad about the trip is that with all the big events, I really didn't get a chance to spend the time I wanted with everyone. I hope to do better next time.

So, I've now been at Hunter for one semester and things will really ramp up in the Fall. I'm still a proud part of our StuyCS family and if being a part of pulling it together is the legacy I left, I can live with that.

The trip was a nice symbolic way to lower the curtain on act 1. I'm counting on the StuyCS family and all the other players to help so that we can make sure act 2 is a success and we can build something similar for more young people throughout the city and perhaps the country.