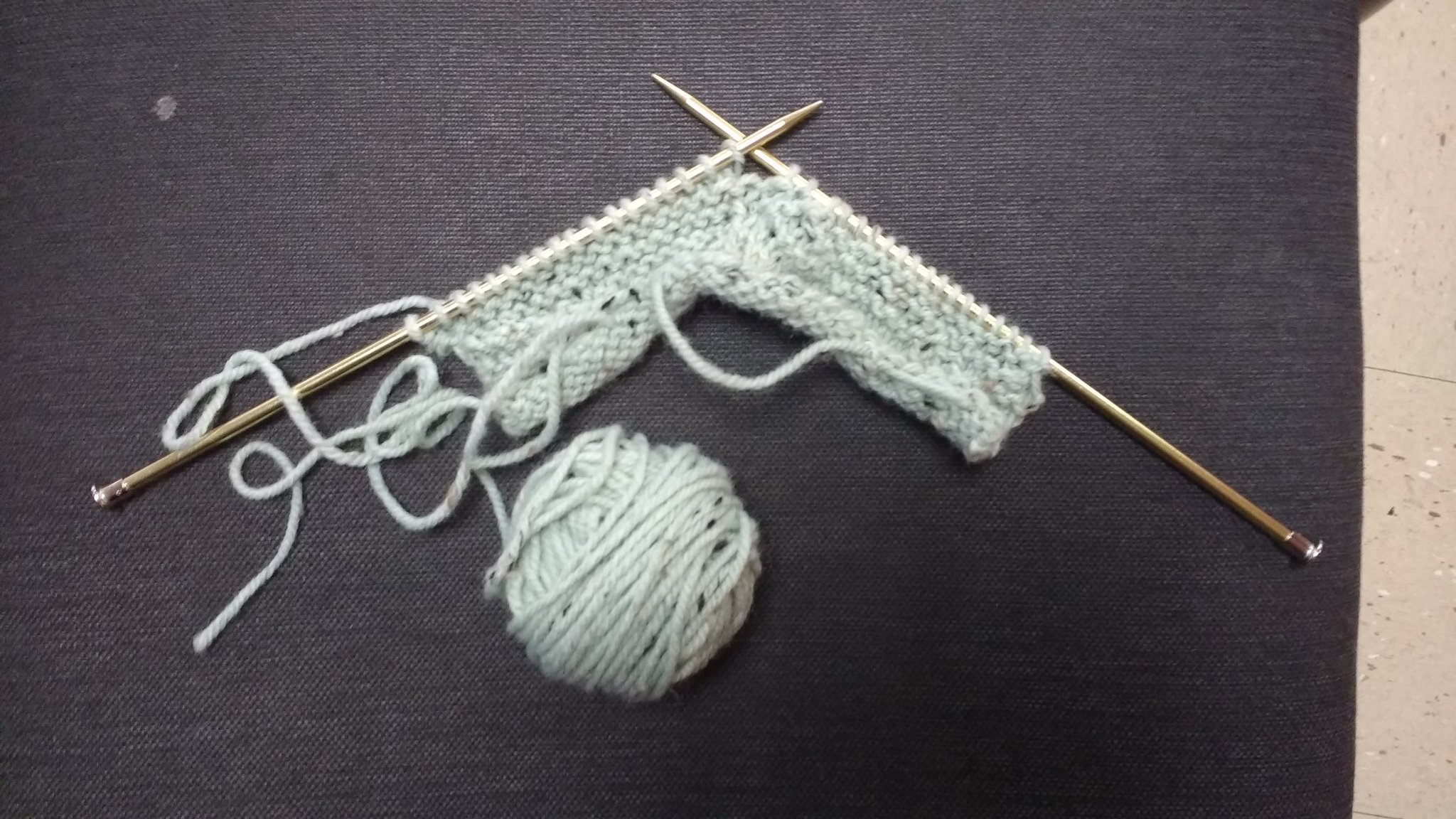 This past weekend was Catskills Conf, one of my favorite events of the year.

Last year, Devorah joined me and also enjoyed the show.

I can't complain. That's how I ended up with my Kandinsky, Dust Puppy and Yoda sweaters and my awesome Kang and Kodos socks. It also keeps her an my entire family in warm amazingly beautiful knit wear.

While at the conference, Devorah was her usual self - knitting during the talks. That doesn't mean she wasn't paying attention, it's just what she does. We also noted a few other attendees knitting throughout the weekend.

So, this year, Devorah had an idea – let's focus those idle hands to do some good. She asked the conference organizers to send out an email to attendees - knit squares during the conference and Devorah will put them together at the end and we'll donate the blanket we make to children in need through Project Linus.

The organizers were supportive, if not somewhat skeptical. That was ok - we also had no idea if this would be a win or a flop.

Conference came and Devorah announced the project. She brought yarn, needles, crochet hooks and instructions and also offered to teach knitting during the breaks.

It started slowly, but as the conference progressed, people started knitting both during the talks and during the breaks. 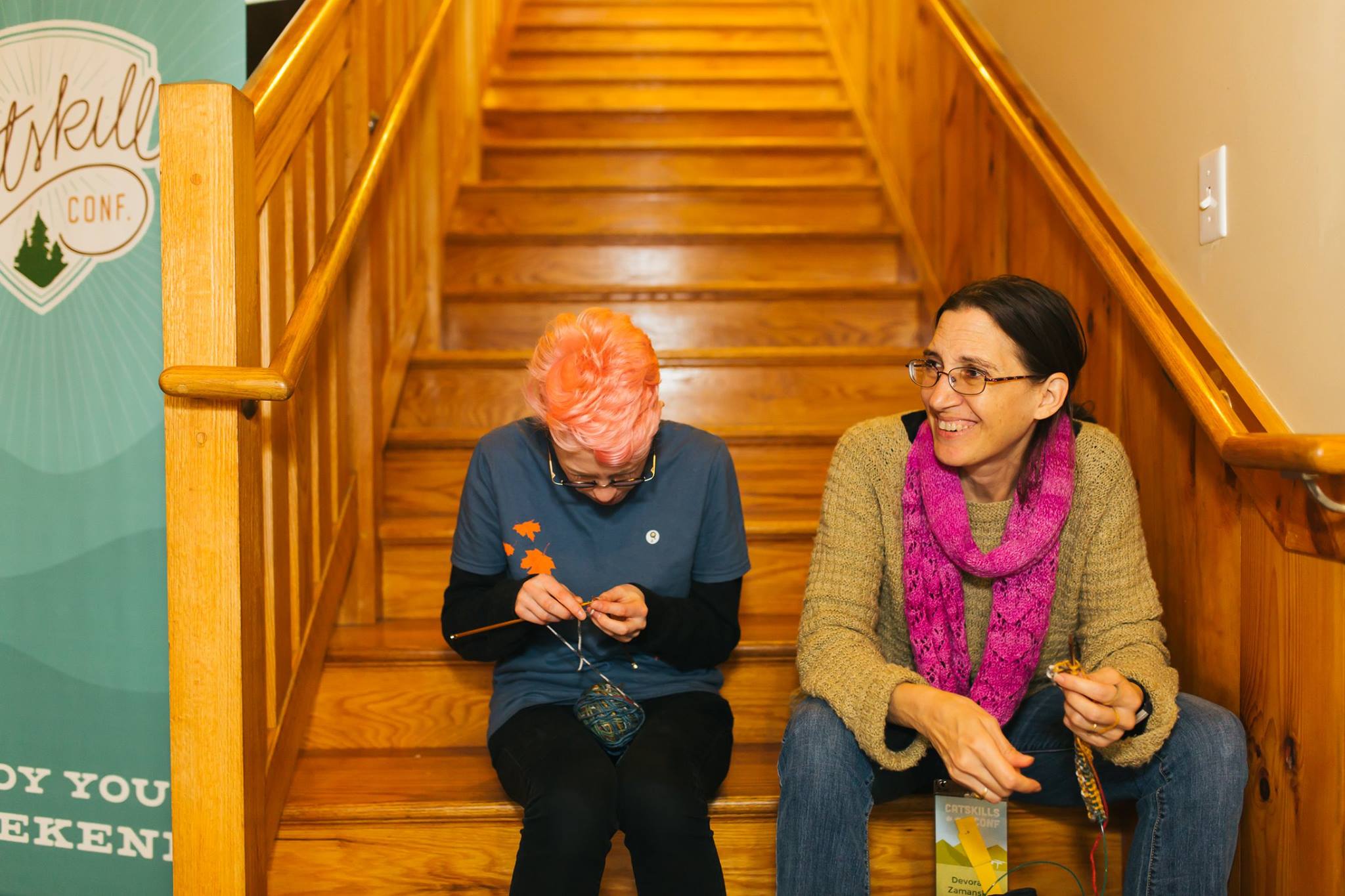 At the end of the conference, we collected the partials. Devorah's going to finish the blanket up this week and then it gets donated.

So, how much of a win was this? We got a blanket to donate to charity and a couple of new knitters. We also heard and overheard some interesting comments.

One speaker commented that it as much better to see members of the audience knitting for good rather than checking their cell phones.

We also overheard some attendees talking about how the knitting project left them feeling more connected to the conference since they were able to contribute something.

So much so that Devorah's thinking about taking the show on the road - maybe other conferences would like their idle hands doing some good while listening to talks.