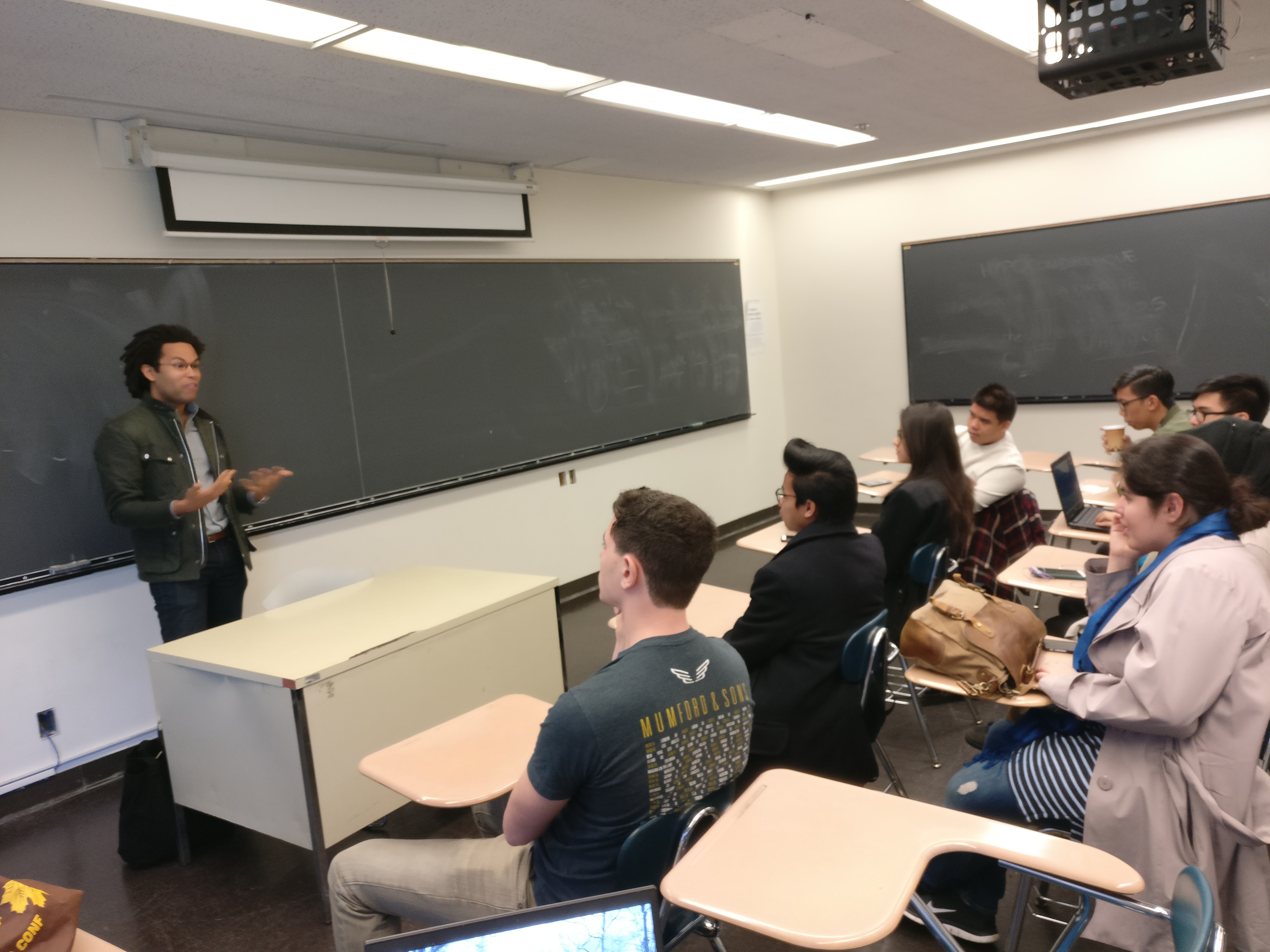 Yesterday, the Daedalus Scholars were visited by Peter Boyce. Peter's been a friend for years and is my go to guy when I'm looking talk startups, venture capital and many things tech. Peter's with General Catalyst Partners and is a co-founder of Rough Draft Ventures - a fund that invests in student entrepreneurs.

I'm teaching Hunter's first class of Daedalus Scholars - Hunter's new CS Honors program. They're young and just getting their feet wet and have unlimited potential and possibilities in front of them. It helps if they have some idea as to what some of those possibilities can be.

Everyone knows you can work for a big tech company or a bank but few really know or understand how the tech startup ecosystem works. That's why I was so excited when Peter agreed to visit.

If the class left one tenth as inspired as I was the day was a resounding success. Based on the brief conversations I had with a few of my students after class and last night on email, I'm pretty sure it was.

One thing that struck me was what Peter seemed to be most proud of was his ability to help others realize their goals and their dreams. I've gotten to know a few venture capitalists and investors over the years and the ones I like and identify best with seem to have this trait. They're investing in people. I seem to recall Fred Wilson, a VC I very much admire telling me that when talking to young entrepreneurs he very much looks at the people as much (maybe more) than the product. The product might not be right but if the people and team are, at some point they'll hit.

As a teacher, my whole career has been about trying to enable others. I spent a lot of time yesterday thinking about the parallels between some of the investors that I know, like, and respect and the best teachers I know and while we work in very different arenas, in some ways we're driven by similar voices.