Writing about old projects got me thinking of my first programming gig and software longevity. It was a part time after school / full time summer job at Arcus-Simplex-Brown. I started in my senior year in high school and continued through most of my first year in college. It wasn't my first job - that was being a delivery boy at Video Room, an independent video store that's survived from the old VHS/Betamax days through DVDs and is still, somehow or other, surviving in this day and age of streaming video. My job at Arcus-Simplex-Brown was my first job as a programmer. I got it through my buddy Ben who got it from one of our math teachers at Stuy. Ben had found a job closer to home so passed this one along to me.

Arcus-Simplex-Brown was (is?) a ticket printing company

They also did tickets for sporting events like the Knicks and Rangers at the Garden. More recently, this was 1983, they had started selling computer printed tickets and that's where I came in. They had a dot matrix line printer. Not the small kind used by personal computer owners and small businesses:

Rather, they had a big heavy duty one where the print head went across the entire width of the paper and it literally printed a line at a time

and a computer attached. I think it was an old North Star computer. It ran CP/M which was like a primitive version of MS-DOS. 64K of memory and two floppy drives. It had a basic interpreter built in and they also had a basic compiler.

They had a program that was supposed to print the tickets but it didn't really work. My first job was to get it working, It was a HUGE mess of a program. God knows how many lines of BASIC code with a few gosubs and a ton of gotos. I don't think there were too many comments. It didn't help that in addition to having to deal with custom theater seating plans and ticket policies you had to know all sorts of magical incantations to get the printer to do the special fonts correctly and I don't recall us having a printer manual so it all had to be divined from the non-working code.

On top of all this, the program was so complex that only the simplest test cases could be run via the interpreter interactively. Any real change had to go through the compiler and it took about 40 minutes to compile the program. Whenever I wanted to take a long break, I set up a compile.

Somehow or other, I got the thing to work. The code started as a mess and I didn't improve it any I really had no idea what I was doing. Still, it did work and we were able to reliably print tickets for all sorts of things.

I stopped working at Arcus-Simplex-Brown once I got a job at NYU. That gig ultimately turned into a full time job which enabled me to work my way through school. It was the right move but I had a great time and learned a lot at Arcus.

I didn't think much about the work I did at Arcus over the years. I finished college, went to Goldman, then some consulting and ultimately teaching career.

One day at Stuy, I noticed this: 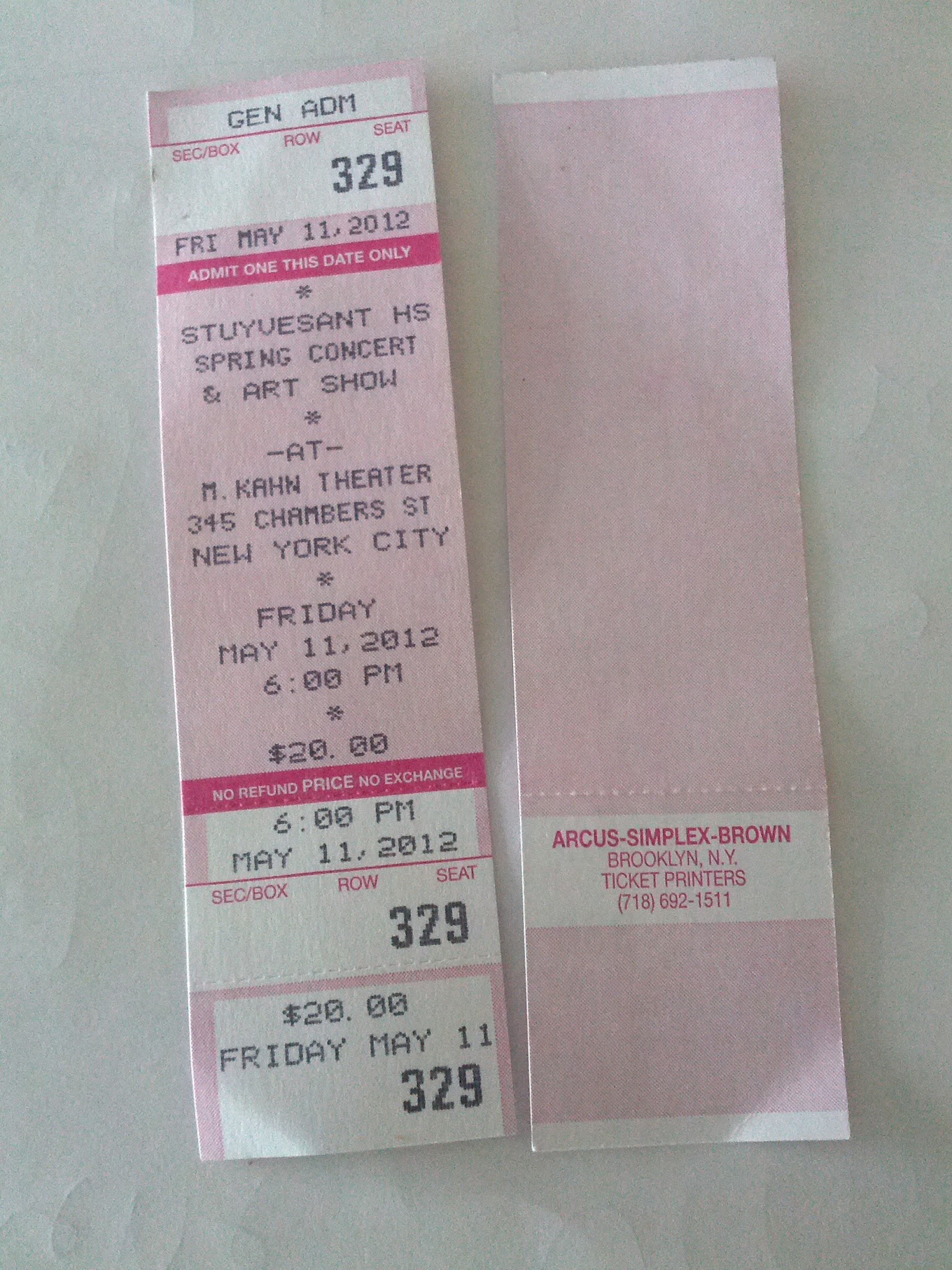 This was now Spring 2012 - almost 30 years later. Judging from the dot pattern of the letters it looked like the same printer and was probably the same program!!!!!!! I couldn't believe it. Stuy didn't use these tickets back in my day so I was really surprised. It looked like some horrible code I wrote as a kid was still being used productively almost three decades later!!!!!! They could have continued to use it because it basically worked or maybe because they were afraid that touching it would break everything.

I don't remember what the code looked like but know it was horrible. If I had it, I'd be to embarrassed to share and that's saying something.

The lesson of all this? You never know how long your code is going to live. It might surprise you. Hopefully in a good way.

All the more reason to do better than I did and learn how to do it right.